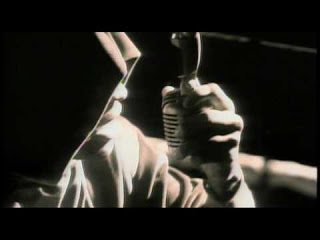 As James Todd Smith would say, “Don’t call it a comeback / I’ve been here for years.”

It’s true. I haven’t disappeared. I’ve been here and here. But not on the blog.

Despite my lack of blogging, I have been working on a few new projects, though I can’t quite talk about them yet. My new editor at Delacorte, Rebecca Short, has what may or may not be my next published novel, which may or may not come out in Fall 2012. I know–it sounds like a long time away–the original pub date was Spring 2012, but I had a better shot at winning the lotto than making that deadline, and I don’t even buy lottery tickets.

Anyway, today Rebecca asked me to send her a few sentences about the book–what the “heart of the story” was. That’s a question I always struggle with–what’s a book about (I talked about that some here)–but it was a fair question. I finally came up with this response (edited to remove spoilers/specificity):

So I’m a structural engineer. 95% of my structures are designed using the principal of “structural redundancy.” It’s kind of like a safety net for bridges and buildings. Basically, if one member (one part) of the structure fails, another part is there to carry the load—maybe not forever, but at a minimum for long enough for people to notice the problem and to react. The main goal of structural redundancy is to avoid catastrophic failures.

I think human interaction is the same way. I think we’re all protected by a series of “redundant safety nets”, for lack of a better work. Someone may fall/fail/slip/stumble, but if she is loved, there will always be someone there to catch her—either a parent, or a mentor, or a friend, or even a boyfriend/girlfriend. And these safety nets—they’re not optional. When we choose to interact with people, when we decide to be a parent/friend/mentor/etc., it’s our job—our responsibility—to serve as that safety net. To be a protector, whether the person wants protection or not. To be a protector, despite whatever conflicting feelings may be tugging at us.

So in XXXXX’s case, there should always be someone looking out for her. And even if the first net fails—even if she pushes one out the way or slices through another—there’s always one right behind it.

So this is a bit longer than a few sentences, but this is what I found myself returning to over and over again in the manuscript: “We all have a job to do in a personal relationship. And when we all fail, bad things happen.”

I’m very curious if I’ll feel the same way once the book comes out–if it comes out.

And while I’m posting, I’d like to take the time to thank everyone for all the support you’ve shown for Saving Maddie. A paperback version is coming out–next Spring or Summer, I think.

One Response to “Don’t Call It A Comeback”