Staying on track at school means a boy-free equation for Rhonda Lee, who spends most evenings doing homework and eating Chinese takeout with her dad. While Rhonda needs a scholarship for college, some kids at her private high school, like beautiful Sarah Gamble, seem to coast along on popularity and their parents’ money.

When forced to tutor Sarah in trigonometry, Rhonda recognizes all too well the symptoms—queasiness, puking, exhaustion—that Sarah is trying to mask. On a sudden impulse, Rhonda shares her past with Sarah. Exchanging their secrets adds up to more truths than either girl would have dreamed.

(Taken from the Q&A at the back of the novel)

My Life as a Rhombus was inspired by a friend I met a few years ago. The young woman already had one child (an eight year old) and upon discovering that she was pregnant again, she eventually decided to have an abortion.

My friend had a decent job, but she still struggled to make ends meet. More times than not, she had to depend on friends or parents when money got tight. So from her point of view, she had no choice but to terminate her pregnancy. Any other option would have been unfair to the daughter she already had.

What really resonated with me was that when I offered to go to the clinic with her, she declined. She said that it wasn’t my place; it wasn’t my responsibility. She had gotten herself into this predicament and now it was up to her to get herself out of it.

While Rhonda isn’t in the same situation as my friend, I was intrigued with just how much my friend wrestled with her options—and how she repeatedly reminded me that I wasn’t there to fix her problems, just to listen.

When I first began the novel, I had hoped that through the process of writing, I would sort out my own position on abortion. If anything, all I’ve realized is that it’s a hell of a lot easier to be pro-life or pro-choice when you aren’t the one that can get pregnant.

“Without a bit of preaching, Varian Johnson gives us a story of two teenage girls who are faced with the consequences of unplanned pregnancies. Teens will love the emotional peaks and valleys of the tale and be gratified by the conclusion.” — Ellen Wittlinger, author of Hard Love

“My Life as a Rhombus is a sensitive and powerful friendship story about two very different girls who connect over the toughest decision either of them will ever make. In his YA debut, author Varian Johnson offers a realistic, heartfelt, and thoughtful take on unplanned teen pregnancy from the perspective of a young math whiz trying to reconcile her future and past.” — Cynthia Leitich Smith, author of Tantalize

“…there’s wry humor here, and the sometimes raw dialogue is well done. What’s most interesting, though, is the way Rhonda tries to get beyond her past as she channels her anger and pain into numbers and theorems.” — Booklist

“[Johnson] has captured the struggles of teen girls perfectly…” — TeensReadToo

“Johnson’s book strikes a good balance; it’s gripping and sensitive at the same time. It doesn’t oversimplify; it doesn’t pull punches. And, perhaps most importantly, it does not pass judgment.” — The Edge of the Forest 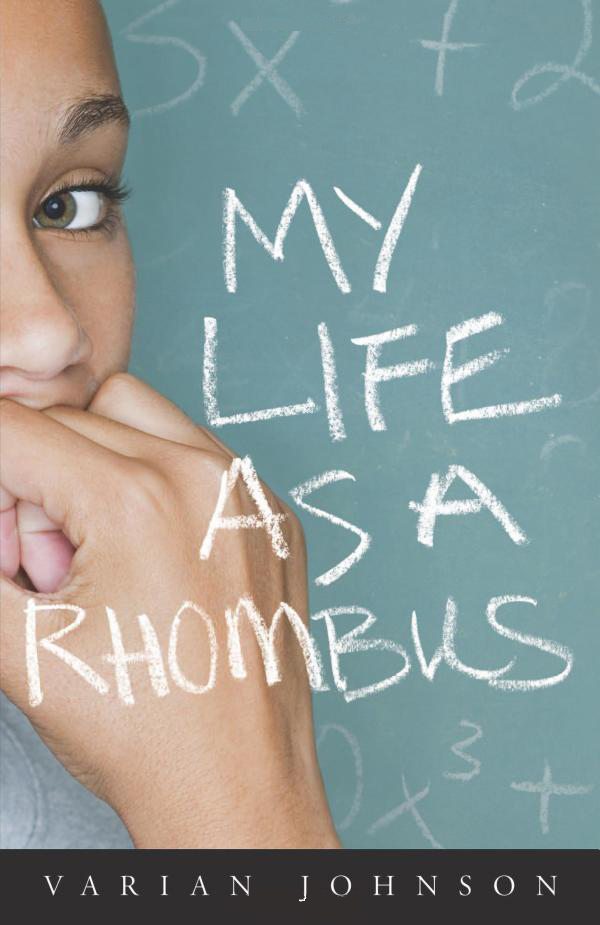