Maxine is as sarcastic and cynical as they come. She’s an expert at using her quick wit and sharp tongue to mask her true feelings. However, her emotions get the best of her when she learns the father she thought dead is alive, and that her mother has been lying about his death for Maxine’s entire life. On impulse, Maxine sets out cross-country for the small town where her father lives. But instead of finding the father of her dreams, Maxine meets a man that is…not quite what she expected. Can Maxine learn to accept her father, even with his faults? And in the process, can she learn to accept herself?

October 12, 1997. Will Rogers World Airport. As I sit in the airport, waiting for my brother to arrive, I see a tall, slim, beautifully awkward young woman walk past. She has frizzy red hair; it’s so wild that it looks like it has a life of its own. Her pale, skinny arms are thin as straw. Her radiant smile makes me momentarily forget that I’m stuck at the airport in the middle of the night.

Why was she there? Was she looking for a family member? Was she alone? Did she have a best friend? Or a boyfriend?

Although I never spoke to her, that young woman would become one of the most important people in my life. She was Maxine Phillips. This is her story.

“This is a compelling story with dynamic characters. Maxine’s wise-cracking tone, combined with her innocence, is captivating and endearing, and Deke exhibits signs of strength, love and friendship not often seen in young male characters. Newcomer Johnson offers a heartwarming story that will appeal to a broad audience. It touches on race, identity and learning to love unconditionally.” — Romantic Times Bookreviews Magazine

“…an enjoyable coming-of-age story of headstrong, sarcastic and vulnerable Maxine Phillips.” — A Place Of Our Own Bookclub 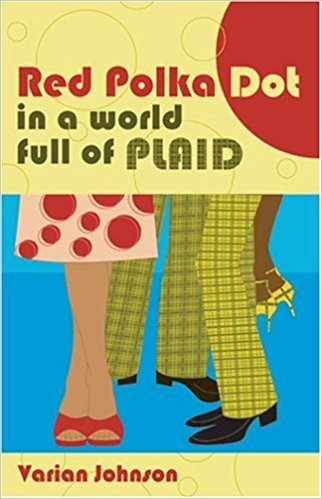