Jackson Greene has reformed. No, really he has. He became famous for the Shakedown at Shimmering Hills, and everyone still talks about the Blitz at the Fitz…. But after the disaster of the Mid-Day PDA, he swore off scheming and conning for good.

Then Keith Sinclair — loser of the Blitz — announces he’s running for school president, against Jackson’s former best friend Gaby de la Cruz. Gaby hasn’t talked to Jackson since the PDA, and he knows she won’t welcome his involvement. But he also knows Keith has “connections” to the principal, which could win him the election whatever the vote count.

So Jackson assembles a crack team to ensure the election is done right: Hashemi Larijani, tech genius. Victor Cho, bankroll. Megan Feldman, science goddess and cheerleader. Charlie de la Cruz, point man. Together they devise a plan that will bring Keith down once and for all. Yet as Jackson draws closer to Gaby again, he realizes the election isn’t the only thing he wants to win.

I started THE GREAT GREENE HEIST in 2007. I remember it clearly—after stepping out of a viewing of Ocean’s Thirteen, I drove around the corner to a strip mall, where I found a brown blazer on sale. I bought the coat, went back home, sat at my computer, and typed two words: Jackson Greene.

That’s all I had for a long time. It wasn’t until a few months later that I tried to get the story on the page. I knew I wanted to write some type of caper/heist novel. But I couldn’t figure out how to pull it all together. Eventually, I put it aside and focused on other works.

Basically, I wanted to have some fun. And that’s when I remembered my story about Jackson Greene.

“In his first novel for middle-grade readers, Johnson cleverly integrates familiar issues like cafeteria food, gossip and first crushes with dashes of politics and race. His cast of characters is refreshingly diverse, both in ethnicity…and skill set…It’s a thrilling ride that may con reluctant readers into settling down on the couch with books like The Great Greene Heist instead of the remote control.” — Brianna Albanese, The New York Times

“Pay attention! This terrific story speeds ahead on every page, but the lively characters will make you care enough to keep up. Do yourself a favor and start reading immediately.” — REBECCA STEAD, Newbery-winning author of When You Reach Me and Liar & Spy

“A political heist page-turner set in middle school? Is that even possible? Varian Johnson shows us how it’s done, expertly walking the tightrope between true-to-life school experiences and belly laughs.” — GORDON KORMAN, author of Swindle and The Hypnotists

“This fast, funny heist novel takes the reader on a ride full of twists and turns. I’m a sucker for a good scam, and Jackson and his gang work one of the best in the business. Nice pull, Varian Johnson!”– JUDE WATSON, author of Loot and The 39 Clues: In Too Deep

“The Great Greene Heist is one crazy cool caper!” – RITA WILLIAMS-GARCIA, Newbery Honor-winning author of One Crazy Summer and P.S. Be 11

“A smart, charming, and hilarious novel featuring one of my favorite protagonists in years. I’d follow Jackson Greene anywhere, and The Great Greene Heist is a fantastic ride.”— MATT DE LA PENA, author of The Living and Mexican WhiteBoy

“The elaborate bait and switch of this fast-paced, funny caper novel will surprise its readers as much as the victims. They’ll want to reread immediately so they can admire the setup.”— Kirkus, Starred Review

“…it’s refreshing to read a story about middle-school life that’s smart, complicated, and funny, with a cleverly constructed plot and a sweet relationship between a boy and a girl. … The lively (and racially diverse) cast of characters and the intricate plot will make this a story to read again for the sheer fun of it all.” — Horn Book, Starred Review

“…the plot is fast paced, well developed, and has a lot of unique twists and turns that will draw readers in from start to finish. Hand this unique book to kids who like mystery, adventure, and Robin Hood-esque stories.”— School Library Journal

“Johnson (Saving Maddie) delivers an exciting Ocean’s Eleven–style caper for the middle-school crowd … it’s easy to get swept up in the exploits of Johnson’s entertaining and diverse crew.” — Publishers Weekly

“This fast-paced caper reads like Ocean’s 11 for the middle-school set … the nonstop intrigue keeps the pages turning.”— Booklist

“…a smartly crafted but breezy adventure that might just have students secretly cooking up schemes of their own.” — The Bulletin of the Center for Children’s Books

“With its fun cover, great premise, and kicky writing complete with twist, this book fulfills the childhood desire for autonomy while also knocking down stereotypes left and right.” — Elizabeth Bird, A Fuse #8 Production

“Reminiscent of Ocean’s 11… Readers will enjoy this fast-paced book and will stick with it to see how everything turns out in the end.” — Voice of Youth Advocates 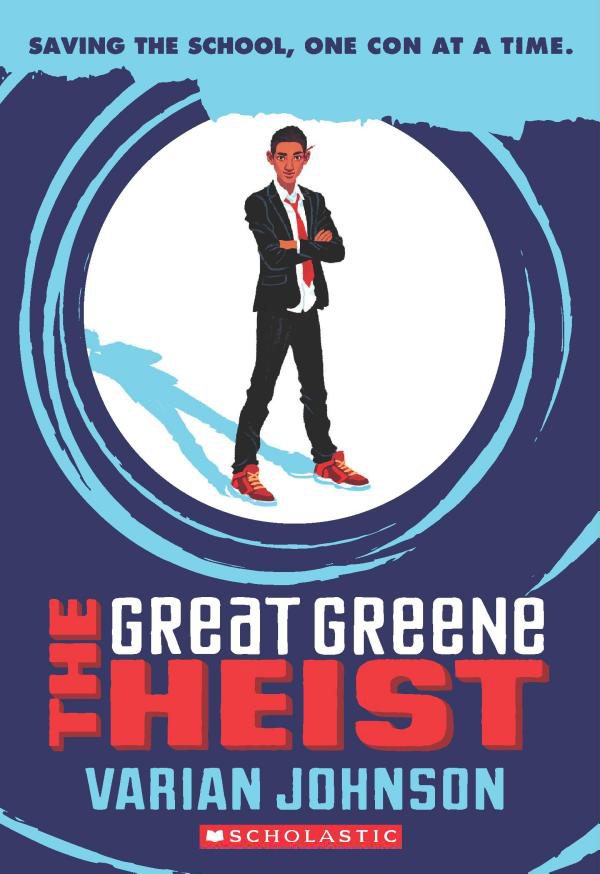